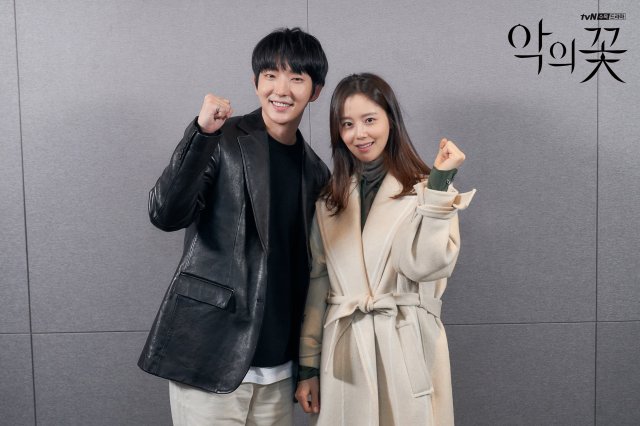 TvN's new Wednesday-Thursday drama "Flower of Evil" is a packed emotional tracing drama of a man named Baek Hee-seong (Lee Joon-gi) who hides his brutal past and changes his identity and Cha Ji-won (Moon Chae-won), his homicide detective wife who traces his past, and stands in front of the truth they want to turn away from.

At the script reading to announce the beginning of a full-scale thriller and romance were director Kim Cheol-gyoo and writer Yoo Jeong-hee along with the cast members Lee Joon-gi (Baek Hee-seong), Moon Chae-won (Cha Ji-won), Jang Hee-jin (Do Hae-soo) and Seo Hyun-woo (Kim Moo-jin), who are expected to complete the drama with a 200% synergy. 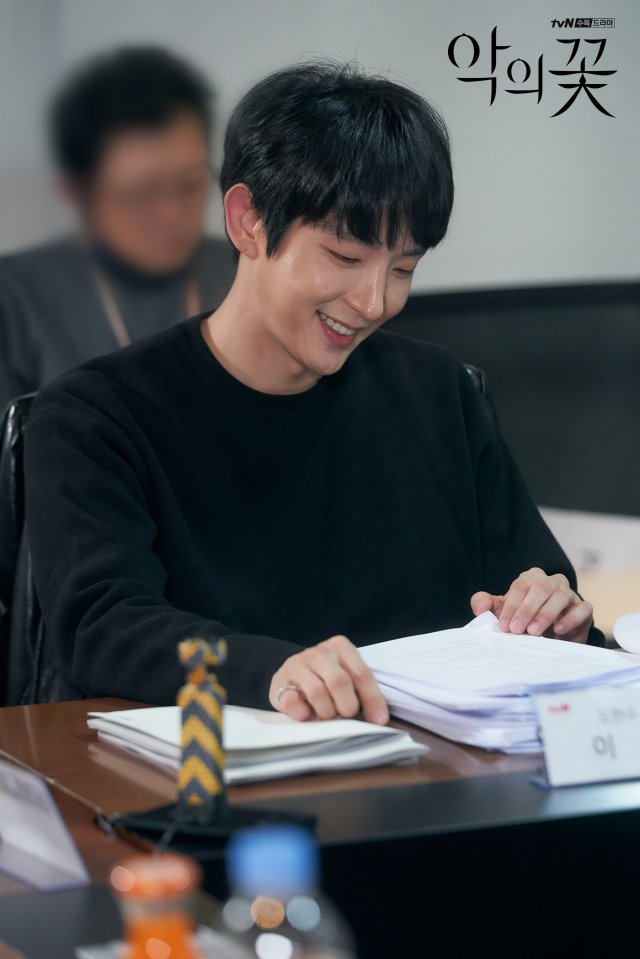 First of all, Lee Joon-gi said, "I want to leave it as a work that will be remembered for a long time by viewers", while Moon Chae-won said, "I will do my best to show good acting, as I have met a good work". The actors, who exchanged greetings in a friendly atmosphere, quickly immersed themselves in their respective roles and began to bloom the "Flower of Evil" by capturing the soul and emotions of the lines exchanged like ping-pong. 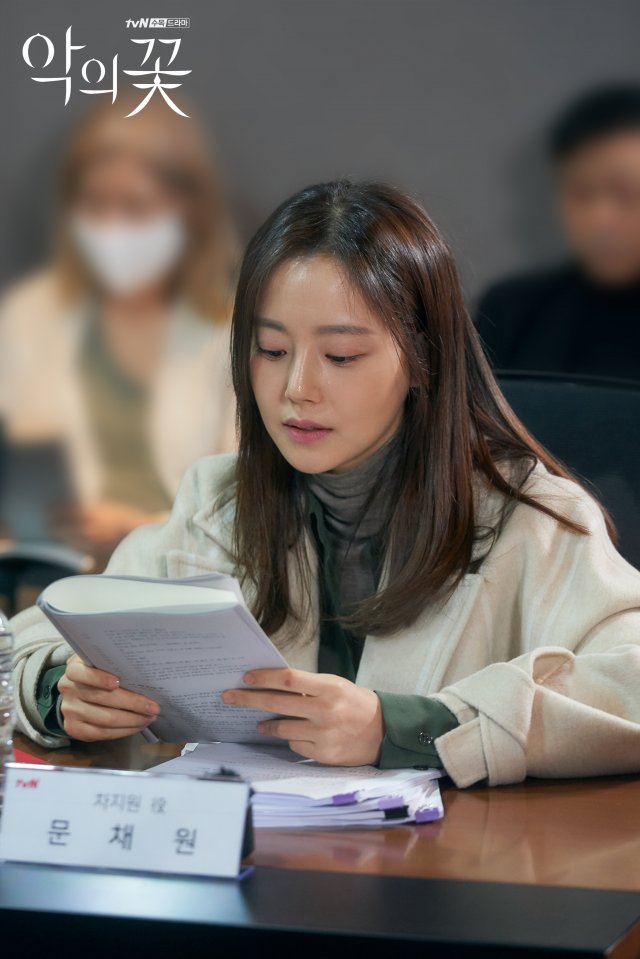 Lee Joon-gi, who plays the role of Baek Hee-seong, playing love while hiding his time bomb-like past in the drama, completed a tightrope walk of the extremes with coolness and warmth, while Moon Chae-won showed a different transformation in her determination by emitting the dual charm of her lovely wife and charismatic homicide detective, Cha Ji-won. Above all, if the romantic chemistry between the two couples heated up the scene, the delicate acting of raising doubts toward each other filled the scene with breathtaking tension. 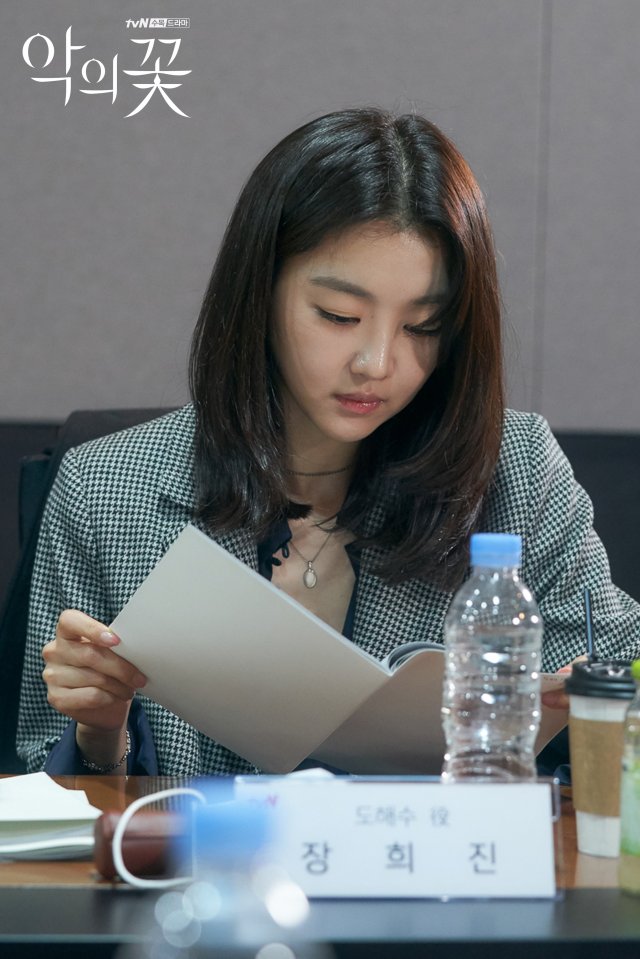 Jang Hee-jin, a trusted actress, also added a sense of immersion to the play, as she was completely immersed in Do Hae-soo, the daughter of a serial killer who has lived through a terrible family history alone. Seo Hyun-woo, who is drawing attention as he travels between movies and dramas, showed off his flawless collaboration with Lee Joon-gi by giving a boost to Kim Moo-jin, a weekly reporter who is blinded by scoops. 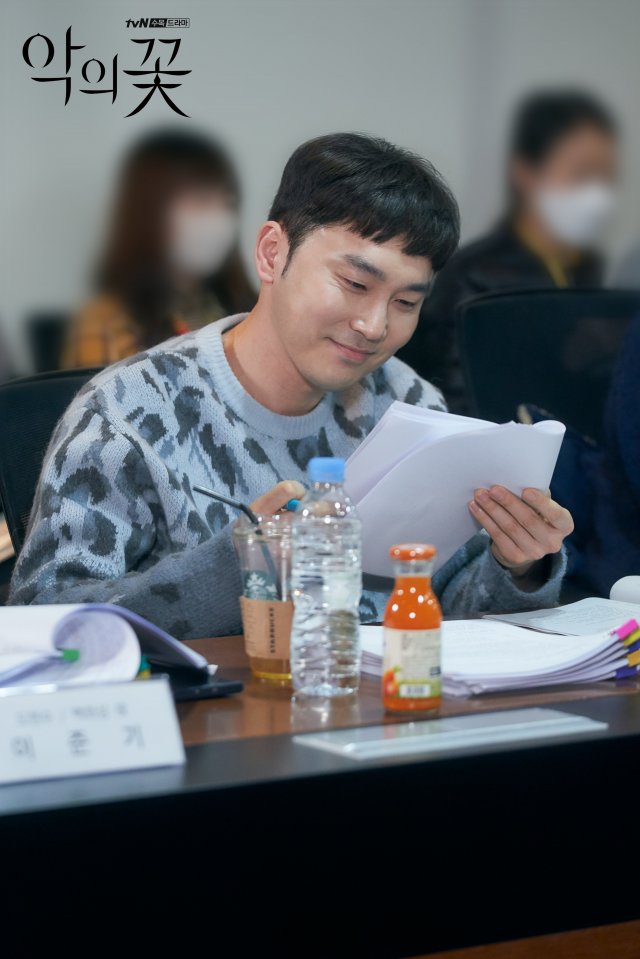 As such, the "Flower of Evil", which is expected to feature the ensemble of the four leading actors, will increase the level of immersion with other supporting actors such as Kim Ji-hoon, Choi Byung-mo, Son Jong-hak, Nam Gi-ae and Yoon Byung-hee with ever-changing acting spectrum. It is said that the production team's ambition is to keep the tension alive as more influential figures continue to appear in the mid- to late-stage areas. 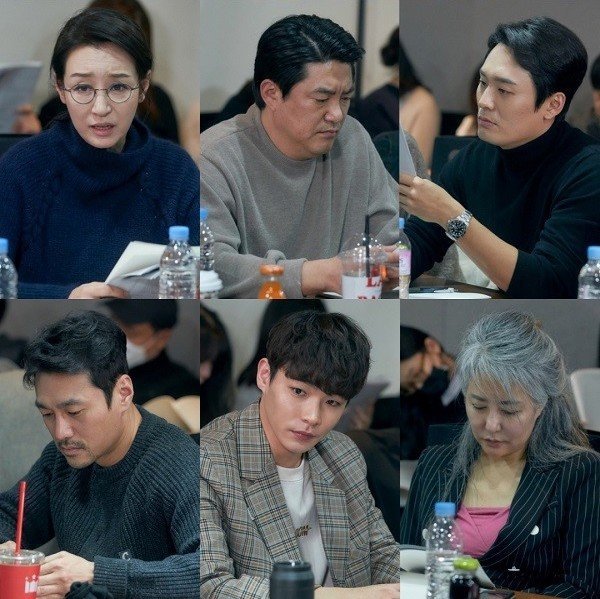 Also confirmed is a solid lineup of four homicide detectives including Im Chul-hyung, Choi Dae-hoon, Choi Young-joon, Kim Soo-oh and Jo Kyung-sook, Yang Hye-jin and Lim Na-young, as well as child actress Jung Seo-yeon, who will appear as the cute daughter of Lee Joon-gi and Moon Chae-won, adding to expectations.

""Flower of Evil", Lee Joon-gi and Moon Chae-won's Intense Mellow Romance Holds Script Reading"
by HanCinema is licensed under a Creative Commons Attribution-Share Alike 3.0 Unported License.
Based on a work from this source