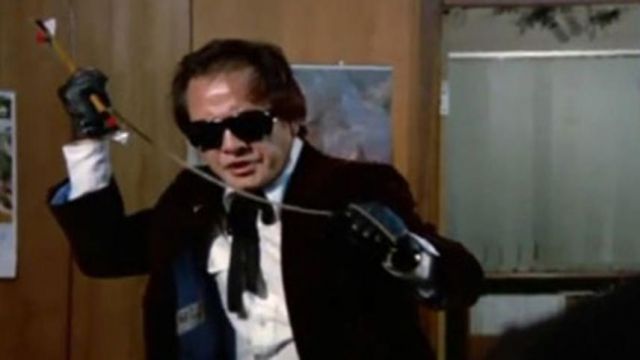 I have to admit, before watching this film, I did not know that Koreans also dwelled on the b-movie, exploitation region, in a style much similar to the one implemented by Seijun Suzuki in his Japanese films. Park Nou-sik, however, who was mostly known for his plethora of action roles in his career, manages to direct just that, while inducing it with the elements of the predominant Korean genre, the melodrama.

With a connection to realism and coherence that could only be descibed as thin, the story revolves around Dong-hyeok, a blind saxophone player and Ye-ji, a woman who eventually becomes his sidekick in the quest for exacting revenge from four former Japanese soldiers, who, in 1945 in Manchuria, blinded the latter and murdered his and the woman's fathers. The film begins with Dong-hyeok reuniting with Ye-ji, during an attempt to kill one of these men, which the woman has already taken care of. As the two of them discover each other's special abilities (he is proficient with the sword and she can control snakes mentally), they decide to take on the rest of the people who ruined their lives together, only to find out that all of them have become crime lords.

Park Nou-sik directs a movie where the narrative seems to exist just to serve its absurdly episodic nature, much like a collage of his extreme ideas than a compact production. Starting with the fighting abilities of his protagonists, and continuing with Dong-hyeok's sax performances in "burlesque" night clubs, his training in driving and catching arrows in the air, and a scene where Ye-ji infiltrates a photo shoot in a rather sultry outfit, almost everything here points towards the b-movie, in rather extreme fashion. And I say "almost", because Park managed to fill all the gaps from the action with intense melodrama, with the protagonists crying and pitying themselves as much as they act violently.

This tactic adds another level to the nonsensical essence of the film, with the rather illogical ending being the apogee of this absurd combination. 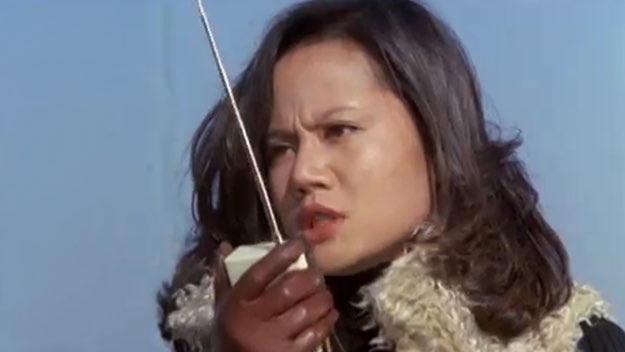 The production could not but follow the same paths, with Ku Jung-mo's cinematography depicting the radically different settings in distinct, b-movie fashion, with his camera implementing the noir, the action, and the melodrama as fittingly to the film's aesthetics as possible. Hyeon Dong-chun's editing most significant function is to take the place of the special effects, with the scenes with the arrow being the most distinct sample of this tendency. Apart from that, the pace is rather fast, as suited in such films, with the exception of the slow motion that is frequently implemented in the melodramatic scenes. .

Park Nou-sik gives a great performance as Dong-hyeok, in a role that has him being a music star, a vigilante and a psychologically troubled man, with him depicting all of his capacities with gusto. Ahn Bo-young is more than a worthy partner as Ye-ji, embodying the female vigilante persona to the fullest, by presenting a character that is both deadly and sexy, much like Meiko Kaji, although definitely in a lower level that the Japanese.

The Korean edition of the b-movie, exploitation, revenge flick is a great film, that all fans of the aforementioned genres will cherish. Dare I say that Seijun Suzuki himself would have enjoyed it.

Panos Kotzathanasis is a film critic and reviewer specialising in East Asian Cinema. He is the founder of Asian Film Vault, administrator of Asian Movie Pulse and also writes for Taste of Cinema, Eastern Kicks, China Policy Institute and Filmboy. You can follow him on Twitter  and Facebook. Panos Kotzathanasis can be contacted via sinkazama82@gmail.com.

"[Guest Film Review] "Devil! Take The Train To Hell" with Video "
by HanCinema is licensed under a Creative Commons Attribution-Share Alike 3.0 Unported License.