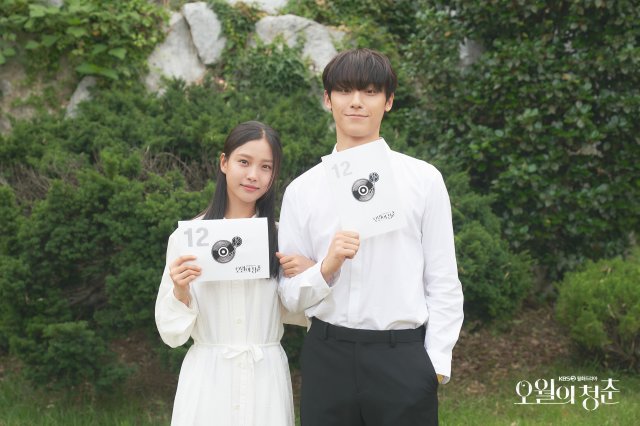 On June 8th "Youth of May" ended with ratings of 5.6%. Subsequent to that event actors from the program have sent closing greetings to their fans via social media for their support of the melodrama dated to the Gwangju Uprising in 1980. This includes leading actor Lee Do-hyun, who began a recent statement on the topic by thanking all the cast and crew members who helped him both with his role and the project writ-large.

According to Lee Do-hyun, the project was a difficult one and he worried greatly about doing it properly. He persisted by asking himself what he would have done as a boy had he been alive in those challenging times. Ultimately, the answer he came to was to try and express love much as he does in the present day. Lee Do-hyun described the most memorable scene as the final one where he lets go of Go Min-si's hand and is left, one flash-forward later, what might have happened if he hadn't.

Lee Do-hyun also had specific words of praise for Go Min-si, with whom he had worked on the Netflix drama "Sweet Home" last year. Lee Do-hyun said that due to their familiarity with each other they had an easy time frankly discussing what they were trying to do with any given scene. In regards to elder co-star Oh Man-seok, Lee Do-hyun described working with the actor as an honor and an inspiration, as he had a very scary, sharp vibe.

Lee Do-hyun expressed hope that one day he too could become such a believable actor. He said he would work hard to achieve this, and asked for people to take comfort from "Youth of May" when dealing with feelings of pain and nostalgia. Lee Do-hyun then quoted a line from the drama by Kim Won-hae's character about spreading wings and flying there and back again. Lee Do-hyun is currently preparing for his next drama "Melancholia" where he will co-star with Lim Soo-jung.