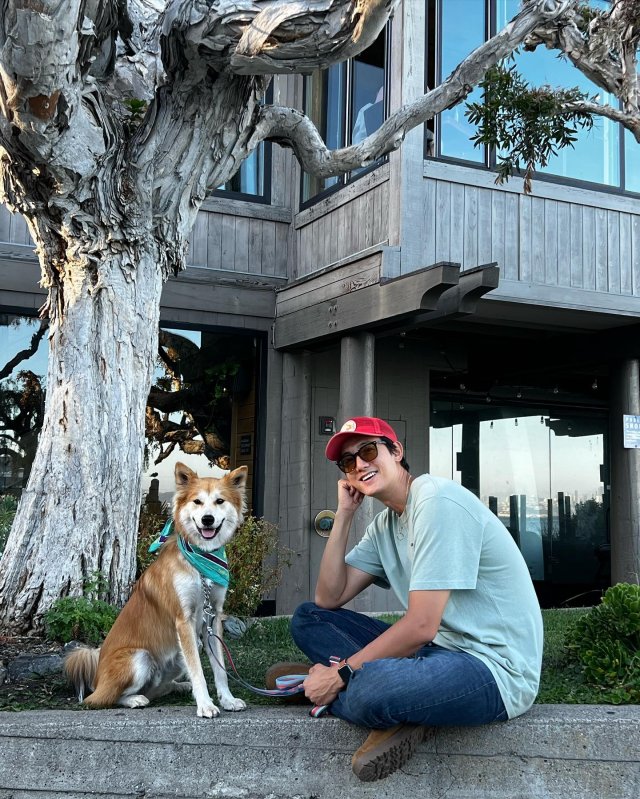 According to news reports on September 24th, actor Lee Ki-woo married his bride, a non-celebrity, in a small ceremony on Jeju Island. The news confirms an announcement from August 23rd wherein his agency claimed he would do exactly this, though they did not give a specific time due to the private nature of the ceremony. The news was predated by a post on Lee Ki-woo's Instagram Story account picturing the phrase D-Day and also his pet dog, Teddy.

There is very little public information about the woman who Lee Ki-woo has married save for the fact that she is younger than him. Lee Ki-woo has, by contrast, gone to great lengths to describe his dog, who the pair met in Daejeon while mountaineering and subsequently adopted. Teddy has his own Instagram account where Lee Ki-woo tends to share his pictures, although the dog can also be seen in Lee Ki-woo's own personal account.

Purportedly Lee Ki-woo's girlfriend takes the pictures of Lee Ki-woo and Teddy together, although she appears in one photo in silhouette with the two of them watching a sunset. Lee Ki-woo's last named role was in "My Liberation Notes" where he was the surprise breakout star, playing a quiet single father who's the love interest of the lead character played by Lee El. At present, Lee Ki-woo has no confirmed upcoming roles.