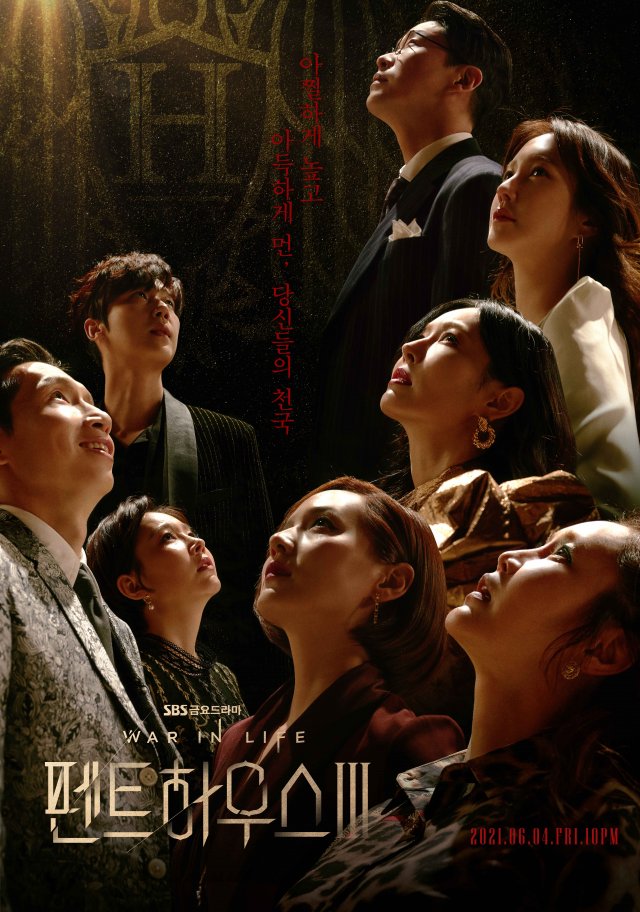 On June 16th the Good Data Corporation released the latest iteration of the Good Data Report, which measures the popularity of domestically produced South Korean dramas across non-traditional media. The current report, which covers the second week of June, once again showed "The Penthouse 3" on top. But the intense class conflict drama had a surprising drop in objective social media references, tumbling 35% and only holding 21.5% of the overall references. 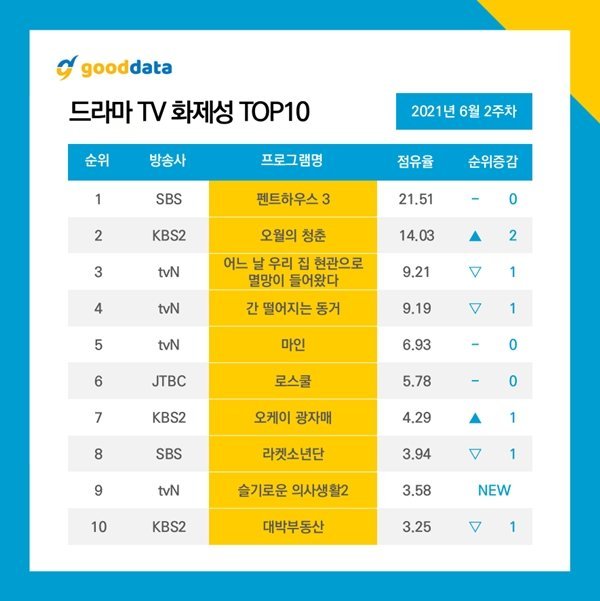 "Youth of May" by contrast had a huge surge in references for its final week, jumping up 51.2% to hold 14% of the overall references. Aesthetic differences accounted for both changes. Comments about "The Penthouse 3" expressed disappointment over the drama's apparent drop in quality, and there was also concern over one character's appropriation of reggae visual styling. "Youth of May" by contrast had lauded performances from both of its lead actors.

In that vein, Lee Do-hyun and Go Min-si ranked second and sixth on the list for performers. Hyeri and Jang Ki-yong of "My Roommate Is a Gumiho" were first and third place, while "My Roommate Is a Gumiho" was fourth place overall. It was only slightly behind "Doom at Your Service" with each drama holding around 9.2% of all objective social media references. "Hospital Playlist Season 2" also came in at number nine for dramas, despite it not premiering until June 17th.