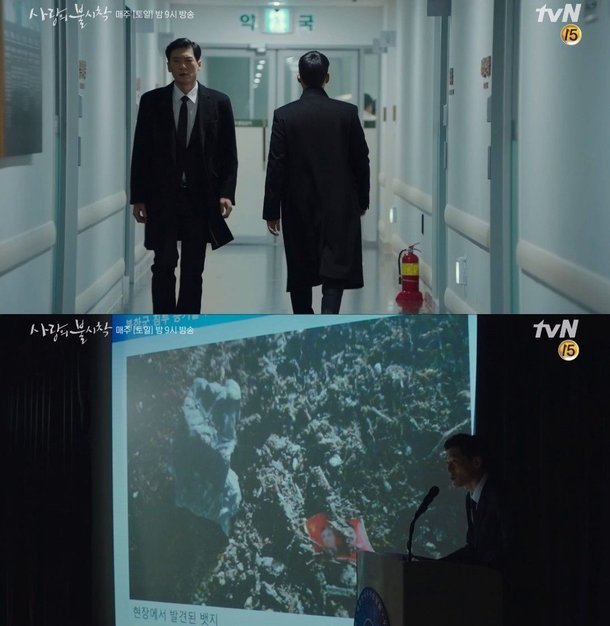 In the final stretch of "Crash Landing on You" Yoo Jung-ho has been gathering attention for his role as a special agent.

While his first appearance in the fourteenth episode did not seem overly significant, his role appears critical in the final stretch, where he consults with Oh Man-seok's character as to the actions of the lead actor played by Hyun Bin. The name of his character is Chief Kim.

Yoo Jung-ho has long had a career performing minor roles in the South Korean film industry. His casting in "Crash Landing on You" is noteworthy because he only just recently appeared in the high performing Lee Byung-hun centered spy drama flm "The Man Standing Next", where he played a man cloaked in shadows. In "Crash Landing on You" he appears to be playing a similar role.

Staff writer. Has been writing articles for HanCinema since 2012, having lived in South Korea since 2011. Started out in Gyeongju, then to Daegu, then to Ansan, then to Yeongju, then to Seoul, lived on the road for HanCinema's travel diaries series in the summer of 2016, and is currently settled in Anyang. Has good tips for utilizing South Korea's public bus system. William Schwartz can be contacted via william@hancinema.net.