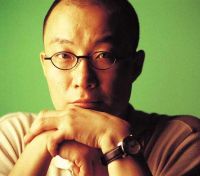 Born in 1968 in Seoul, MOON graduated from Lodz Film School in Poland. With the short films shot during his study abroad he received several awards from the Seoul Short Film Festival. After his feature film debut 'Taekwondo' (1997), a Korean-Polish co-production, he returned to Korea. His sophomore film 'The Butterfly' (2001) is full of delicate sensitivity and temperate but elegant visuals, and is about 'mutual human understanding', his consistently sought-after subject.