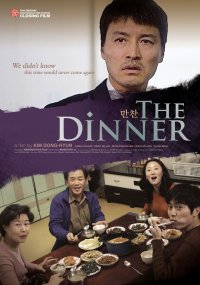 Synopsis
Meet your everyday family: an ailing daughter who is a divorced single mom; the youngest son who makes a living as a chauffeur service driver; an eldest son who tries to keep the family from falling apart; and their destitute older parents who are reluctant to ask them for money. Each has their cross to bear, but when greater misfortune falls on them, their burdens become unbearable. With his astute observations of an afflicted Korean family, Director Kim Dong-hyun ("A Shark", "Hello, Stranger") shows clear signs of maturation in his craft surpassing his previous works. Realizing over breakfast that today is his wifes birthday and that none of their troubled, grown children are likely to do anything for their mothers birthday, the aging father decides to bring home hamburgers for dinner  a meal his wife never had before. Meanwhile his children are way too much in trouble to remember their mothers birthday. The youngest is paralyzed with fear after an accident. Upon the death of the daughter, her ex-husband insists on claiming his son. As the family faces with losing a child, the tragedy befallen to the family reaches its climax. With , dispassionately portrayed yet heart-wrenching, Kim Dong-hyun has created a new classic of family melodrama.

View all 18 pictures for "The Dinner"

The Dinner | Videos | Suggest a video

The Dinner | Links | Suggest a link